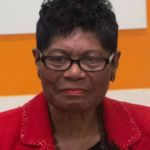 Why Is Bunny Greenhouse Influential?

According to Wikipedia, Bunnatine H. Greenhouse is a former chief contracting officer Senior Executive Service of the United States Army Corps of Engineers. On June 27, 2005, she testified to a Congressional panel, alleging specific instances of waste, fraud, and other abuses and irregularities by Halliburton with regard to its operations in Iraq since the 2003 invasion. She described one of the Halliburton contracts as "the most blatant and improper contract abuse I have witnessed during the course of my professional career".

Other Resources About Bunny Greenhouse

What Schools Are Affiliated With Bunny Greenhouse?

Bunny Greenhouse is affiliated with the following schools: