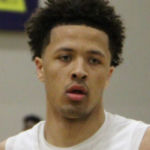 Why Is Cade Cunningham Influential?

According to Wikipedia, Cade Parker Cunningham is an American professional basketball player for the Detroit Pistons of the National Basketball Association . He attended Bowie High School in his hometown of Arlington, Texas before transferring to Montverde Academy in Florida, where he was rated a consensus five-star recruit and among the top players in the 2020 class by major recruiting services. As a senior, he led one of the best high school teams in history and received national player of the year recognition.

Other Resources About Cade Cunningham

What Schools Are Affiliated With Cade Cunningham?

Cade Cunningham is affiliated with the following schools: