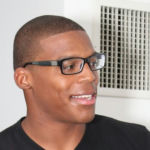 Why Is Cam Newton Influential?

According to Wikipedia, Cameron Jerrell Newton is an American football quarterback who is a free agent. Nicknamed "Super Cam", he is the National Football League leader in quarterback rushing touchdowns and second in quarterback rushing yards. Newton had college football stints at Florida and Blinn before joining Auburn, where he won the Heisman Trophy and 2011 BCS National Championship Game as a junior. He was selected first overall by the Carolina Panthers in the 2011 NFL Draft.

Other Resources About Cam Newton

What Schools Are Affiliated With Cam Newton?

Cam Newton is affiliated with the following schools: