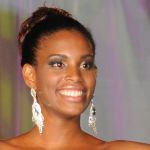 Why Is Camila Estico Influential?

According to Wikipedia, Camila Estico is a Seychellois model and beauty pageant winner. She won the 2014 edition of Miss Seychelles, earning her the right to represent Seychelles at Miss World 2014. Early life Camila was born to Cuban mother and Seychellois father. She grew up on the island of Seychelles until she turned 14 years of age and later she and her family moved to the United States of America. There, at Tampa, Florida, she attended Howard W. Baker Performing Arts High School until 2009. After a semester break she went to the New York City where she took a two-year program at the Alvin Ailey Dance School. As soon as she came back from here New York trip she returned to Florida to pursue an Associate of Arts in Business Administration at the Hillsborough Community College. She returned to her homeland after 9 years of being an American.

Other Resources About Camila Estico

What Schools Are Affiliated With Camila Estico?

Camila Estico is affiliated with the following schools: