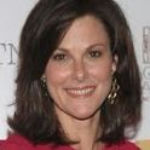 Why Is Campbell Brown Influential?

According to Wikipedia, Alma Dale Campbell Brown is the head of global news partnerships at Facebook and a former American television news reporter and anchorwoman. She served as co-anchor of the NBC news program Weekend Today from 2003 to 2007, and hosted the series Campbell Brown on CNN from 2008 to 2010. Brown won an Emmy Award as part of the NBC team reporting on Hurricane Katrina. Since 2013 she has been an education reform and school choice activist.

Other Resources About Campbell Brown

What Schools Are Affiliated With Campbell Brown ?

Campbell Brown is affiliated with the following schools: