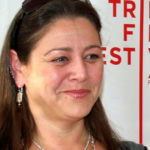 Why Is Camryn Manheim Influential?

According to Wikipedia, Debra Frances "Camryn" Manheim is an American actress known for her roles as attorney Ellenor Frutt on ABC's The Practice, Delia Banks on CBS's Ghost Whisperer, Gladys Presley in the 2005 miniseries Elvis, and "Control" on Person of Interest. In 1999, Manheim won the Primetime Emmy Award for Outstanding Supporting Actress in a Drama Series for her work on The Practice. She currently has a supporting role in 2022's returning "Law & Order."

Other Resources About Camryn Manheim

What Schools Are Affiliated With Camryn Manheim?

Camryn Manheim is affiliated with the following schools: