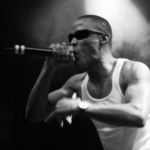 Why Is Canibus Influential?

According to Wikipedia, Germaine Williams , better known by his stage name Canibus, is an American rapper and actor. He initially gained fame in the 1990s for his ability to freestyle, and eventually released his debut album Can-I-Bus in 1998. Since releasing his debut album, Canibus has gone on to release 13 solo studio albums in total, as well as multiple collaboration albums and EPs with other rappers as a member of the Four Horsemen, Refugee Camp All-Stars, Sharpshooterz, Cloak N Dagga, the Undergods and one-half of T.H.E.M.

Other Resources About Canibus

What Schools Are Affiliated With Canibus?

Canibus is affiliated with the following schools: