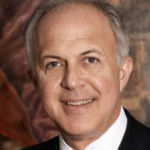 13th Supreme Knight of the Knights of Columbus

Why Is Carl A. Anderson Influential?

According to Wikipedia, Sir Carl Albert Anderson is an American lawyer who served as the thirteenth supreme knight of the Knights of Columbus until his retirement in June 2021. Anderson is the vice president of the Washington session of the Pontifical John Paul II Institute for Studies on Marriage and Family. He serves as a member of the board of the Basilica of the National Shrine of the Immaculate Conception. He formerly served as a member of the Board of Trustees of The Catholic University of America and the National Catholic Educational Association.

Other Resources About Carl A. Anderson

What Schools Are Affiliated With Carl A. Anderson?

Carl A. Anderson is affiliated with the following schools: