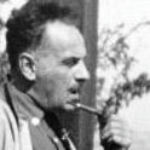 Why Is Carl O. Sauer Influential?

According to Wikipedia, Carl Ortwin Sauer was an American geographer. Sauer was a professor of geography at the University of California at Berkeley from 1923 until becoming professor emeritus in 1957. He has been called "the dean of American historical geography" and he was instrumental in the early development of the geography graduate school at Berkeley. One of his best known works was Agricultural Origins and Dispersals . In 1927, Carl Sauer wrote the article "Recent Developments in Cultural Geography," which considered how cultural landscapes are made up of "the forms superimposed on the physical landscape."

Other Resources About Carl O. Sauer

What Schools Are Affiliated With Carl O. Sauer?

Carl O. Sauer is affiliated with the following schools: