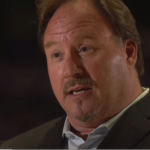 Why Is Carl Tanner Influential?

According to Wikipedia, Carl Tanner is an American operatic tenor. Biography and career Born into "very modest means," Carl Tanner's earliest exposure to music was in the form of country icons such as John Denver, Willie Nelson, and Roy Clark. He began taking violin lessons at the age of 13 and, although he never took the instrument seriously, Tanner claims that this was the start of his love for classical music. A neighbor convinced him to try out for the high school chorus after hearing him sing in the shower, and after a year of singing as soloist for the chorus he auditioned for The Madrigals.

Other Resources About Carl Tanner

What Schools Are Affiliated With Carl Tanner?

Carl Tanner is affiliated with the following schools: