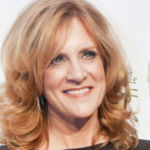 Why Is Carol Leifer Influential?

According to Wikipedia, Carol Leifer is an American comedian, writer, producer, and actress whose career as a stand-up comedian started in the 1970s when she was in college. She has written many television scripts including The Larry Sanders Show, Saturday Night Live and Seinfeld. She has received four Primetime Emmy Award nominations for The Larry Sanders Show, Seinfeld, the 82nd Academy Awards and the 84th Academy Awards. Leifer's inner-monologue driven, observational style is often autobiographical, encompassing subjects about her Jewish ancestry and upbringing, coming out, same-sex marriage, relationships and parenting.

Other Resources About Carol Leifer

What Schools Are Affiliated With Carol Leifer?

Carol Leifer is affiliated with the following schools: