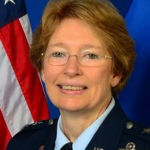 Why Is Carol A. Timmons Influential?

According to Wikipedia, Major General Carol A. Timmons was an American military officer who served as Adjutant General of  Delaware from February 1, 2017 until her retirement on March 2, 2019. She was also the first female General in Delaware National Guard history.

Other Resources About Carol A. Timmons

What Schools Are Affiliated With Carol A. Timmons?

Carol A. Timmons is affiliated with the following schools: