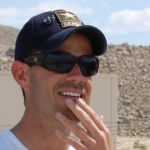 Why Is Carson Daly Influential?

According to Wikipedia, Carson Daly is an American television host, radio personality, producer, and television personality. Prior to 2003, Daly was a VJ on MTV's Total Request Live, and a DJ for the Southern California-based radio station 106.7 KROQ-FM. In 2002, Daly joined NBC, where he began hosting and producing the late night talk show Last Call with Carson Daly, and occasionally hosting special event programming for NBC, such as the Macy's Fourth of July fireworks show, and executive producing New Year's Eve with Carson Daly from Times Square beginning in 2003.

Other Resources About Carson Daly

What Schools Are Affiliated With Carson Daly?

Carson Daly is affiliated with the following schools: