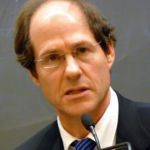 Why Is Cass Sunstein Influential?

Areas of Specialization: Administrative Law, Environmental Law and Law and Behavioral Economics
Cass Sunstein is Harvard Law School’s Robert Walmsley University Professor. He earned his B.A. and J.D. from Harvard University and is a scholar of constitutional law and behavioral economics.

Sunstein has served multiple faculty roles, with professorships at the University of Chicago and Columbia Law School. He was nominated by President Barack Obama, and subsequently confirmed by the Senate, as Administrator of the Office of Information and Regulatory Affairs for the United States Office of Management and Budget.

He is notable for his work with Timur Kuran on availability cascades, which refers to the way an idea can gain traction simply by being repeated. He has written about the way that citizens interact with the internet and how the ability for people to find others like them online has had the chilling effect of creating isolated communities resistant to outside information, a phenomenon known as cyberbalkanization.

He has also promoted, by way of his book, Nudge: Improving Decisions About Health, Wealth, and Happiness, a cessation of government involvement in marriage, insisting that it is little more than a means of generating income through the mandated issuance of marriage licenses. For his work and scholarship, Sunstein was named a Corresponding Fellow of the British Academy and awarded the Holberg Prize.

According to Wikipedia, Cass Robert Sunstein is an American legal scholar known for his studies of constitutional law, administrative law, environmental law, and law and behavioral economics. He is also The New York Times best-selling author of The World According to Star Wars and Nudge . He was the Administrator of the White House Office of Information and Regulatory Affairs in the Obama administration from 2009 to 2012.

Other Resources About Cass Sunstein

What Schools Are Affiliated With Cass Sunstein?

Cass Sunstein is affiliated with the following schools: