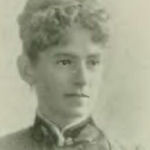 According to Wikipedia, Catharine H. T. Avery was an American author, editor, and educator from Michigan of Revolutionary ancestry. She was founder and regent of the Western Reserve Chapter of the Daughters of the American Revolution , of Cleveland, Ohio; Vice-President General of its National Society; and editor of the National Society's official organ, the American Monthly. She also served two years as a member of the Cleveland School Board, being the first woman in Ohio chosen to an elective office.

What Schools Are Affiliated With Catharine H. T. Avery?

Catharine H. T. Avery is affiliated with the following schools: