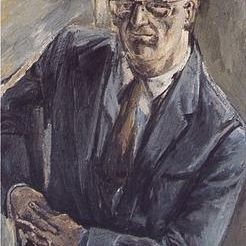 Charles Hubert Sisson, CH , usually cited as C. H. Sisson, was a British writer, best known as a poet and translator.Life Born in Bristol in 1914, C. H. Sisson was noted as a poet, novelist, essayist and an important translator. He was a great friend of the critic and writer Donald Davie, with whom he corresponded regularly.