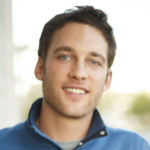 Why Is Chad Mureta Influential?

According to Wikipedia, Chad Mureta is an app mogul, blockchain gaming investor/advisor, best selling author, speaker, investor and serial entrepreneur. Since 2009, Mureta has led the development, marketing and monetization of more than 115 apps including the first “Emoji” iOS app that has been downloaded worldwide more than 155 million times. Chad is also the Co-Founder of Project EVO which helps entrepreneurs and professionals find their flow by uncovering who they are and what they do best.

Other Resources About Chad Mureta

What Schools Are Affiliated With Chad Mureta?

Chad Mureta is affiliated with the following schools: