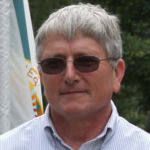 Why Is Chandler Woodcock Influential?

According to Wikipedia, Chandler E. Woodcock is an American politician from Maine. Woodcock served as a Republican State Senator from Franklin County from 2000 to 2006. He was the Republican candidate for Governor of Maine in 2006. He won a close primary election by 3% on June 13, 2006, against David F. Emery and Peter Mills. He lost to Governor John Baldacci, the Democratic incumbent in the November 7 election. In 2011, Republican Governor Paul LePage nominated Woodcock to be Maine's Commissioner of Inland Fisheries and Wildlife, and he took office in the spring of that year.

Other Resources About Chandler Woodcock

What Schools Are Affiliated With Chandler Woodcock?

Chandler Woodcock is affiliated with the following schools: