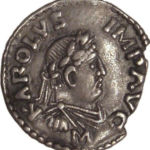 King of Franks, founder of the Carolingian Empire

Why Is Charlemagne Influential?

According to Wikipedia, Charlemagne or Charles the Great , a member of the Carolingian dynasty, was King of the Franks from 768, King of the Lombards from 774, and the first Holy Roman Emperor from 800. Charlemagne succeeded in uniting the majority of western and central Europe and was the first recognized emperor to rule from western Europe after the fall of the Western Roman Empire around three centuries earlier. The expanded Frankish state that Charlemagne founded was the Carolingian Empire. He was canonized by Antipope Paschal III— an act later treated as invalid—and he is now regarded by some as beatified in the Catholic Church.

Other Resources About Charlemagne