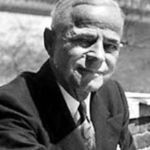 Why Is Charles E. Merrill Influential?

According to Wikipedia, Charles Edward Merrill was an Americann philanthropist, stockbroker, and co-founder, with Edmund C. Lynch, of Merrill Lynch . Early years Charles E. Merrill, the son of physician Dr. Charles Morton Merrill and Octavia Merrill, was born in Green Cove Springs, Florida, where he spent his early childhood. In 1898 the family briefly moved to Knoxville, Tennessee but within the year returned to Florida to settle in Jacksonville. After the school had been damaged in the Great Fire of 1901, his parents decided to send him to the college preparatory academy operated by John B. Stetson University . Merrill studied there from 1901 until 1903 and then in 1903 for the final year of high school was transferred to Worcester Academy. After two years at Amherst College, Merrill spent time at the University of Michigan Law School from 1906 to 1907; worked at Patchogue-Plymouth Mills from 1907 to 1909; at George H. Burr & Co., New York City, from 1909 to 1913; then established Charles E. Merrill & Co.

Other Resources About Charles E. Merrill

What Schools Are Affiliated With Charles E. Merrill?

Charles E. Merrill is affiliated with the following schools: