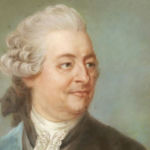 Why Is Charles De Geer Influential?

According to Wikipedia, Baron Charles de Geer ; Finspång in Risinge 30 January 1720 – Stockholm 7 March 1778Life De Geer, who came from a family with strong Dutch connections, grew up in Utrecht from the age of three. He returned to Sweden at the age of 19. He had inherited the entailed manor and important iron-works of Leufsta in Uppland from his childless uncle and namesake and would substantially increased the wealth of the estate.

Other Resources About Charles De Geer

What Schools Are Affiliated With Charles De Geer?

Charles De Geer is affiliated with the following schools: