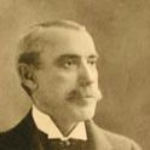 Why Is Charles Henry Morrill Influential?

According to Wikipedia, Charles Henry Morrill was a prominent American businessman who played an important role in the history of Nebraska. Morrill County, Nebraska is named after him.Biography He was born in Concord, New Hampshire, the only child of Ephraim and Mahala Morrill. His mother died when he was twelve, and he spent the remainder of his childhood living with his aunt Susan Gay and attending a nearby school, the New London Academy. In the summer of 1862 he enlisted at New London as a musician in Company I, 11th New Hampshire Volunteer Regiment. Three weeks later he married Harriet Zinnia Currier before leaving with his unit. He was present at many important battles, including the Battle of Fredericksburg and the Siege of Vicksburg and mustered out on June 4, 1865.

Other Resources About Charles Henry Morrill

What Schools Are Affiliated With Charles Henry Morrill?

Charles Henry Morrill is affiliated with the following schools: