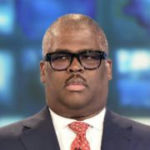 Why Is Charles Payne Influential?

According to Wikipedia, Charles V. Payne is an American Fox Business Network financial journalist and host of Fox's Making Money with Charles Payne. Early life and education At 17 years old, he enlisted in the United States Air Force and went on to serve as a security policeman stationed at Minot Air Force Base in Minot, North Dakota. Payne attended Minot State University and Central Texas College while in the service.

Other Resources About Charles Payne

What Schools Are Affiliated With Charles Payne ?

Charles Payne is affiliated with the following schools: