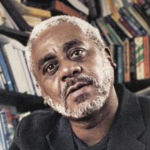 Why Is Charles R. Johnson Influential?

According to Wikipedia, Charles Richard Johnson is a scholar and the author of novels, short stories, screen-and-teleplays, and essays, most often with a philosophical orientation. Johnson has directly addressed the issues of black life in America in novels such as Dreamer and Middle Passage. Johnson was born in 1948 in Evanston, Illinois, and spent most of his career at the University of Washington in Seattle.

Other Resources About Charles R. Johnson

What Schools Are Affiliated With Charles R. Johnson?

Charles R. Johnson is affiliated with the following schools: