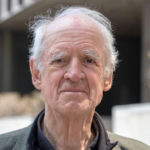 Why Is Charles Taylor Influential?

Charles Taylor is Emeritus Professor of Philosophy at McGill University, Canada. He is known best for his contributions to political philosophy, the philosophy of social science, and the philosophy of history and intellectual history. Taylor received a bachelor’s degree in History from McGill in 1953. As a Rhodes Scholar at the University of Oxford, Taylor took a first-class bachelor’s degree in Philosophy, Politics, and Economics and a Doctor of Philosophy (DPhil) from Oxford in 1961. Notably, his supervisor was Isaiah Berlin, the renowned British social and political theorist.

Taylor is considered part of the tradition of Canadian idealism, which itself traces back to British idealism as in the works of George Berkeley. He holds to the view that we cannot make sense of the world by representations and rules; following German philosopher Wittgenstein he believes that our ability follow rules and understand concepts takes place against a background of “tacit” or non-symbolic understanding, grounded in our experience of life. Taylor is also known for his rejection of naturalism, the philosophical position that the natural sciences should ground all of our knowledge. In place of naturalistic theories, Taylor offers hermeneutics, the view that we gain knowledge by interpreting meanings in communication acts rather than by a scientific and rational foundation. Taylor is also skeptical of secularism, at least as it has been used to argue for the shrinking of religious ideas in society.

Taylor’s work spans decades and his is truly an influential and respected philosopher. In addition to his Rhodes Scholarship at the outset of his studies at Oxford, Taylor has also won the Kyoto Prize, the Templeton Prize, the Berggruen Prize for Philosophy, and the John W. Kluge Prize.

According to Wikipedia, Charles Margrave Taylor is a Canadian philosopher from Montreal, Quebec, and professor emeritus at McGill University best known for his contributions to political philosophy, the philosophy of social science, the history of philosophy, and intellectual history. His work has earned him the Kyoto Prize, the Templeton Prize, the Berggruen Prize for Philosophy, and the John W. Kluge Prize.

Other Resources About Charles Taylor

What Schools Are Affiliated With Charles Taylor?

Charles Taylor is affiliated with the following schools:

What Are Charles Taylor's Academic Contributions?

Charles Taylor has made the following academic contributions: