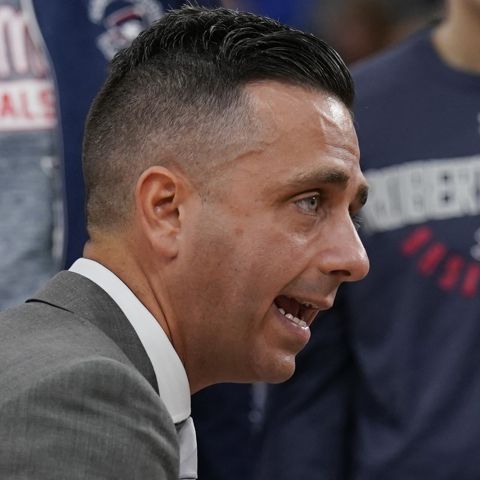 Charlie Buscaglia is an American college basketball coach and the current head coach of the Robert Morris Colonials women's basketball program. Before he succeeded his father, Sal, as head coach following the 2015-16 season, Buscaglia spent 13 years on the Colonials' coaching staff and previously assisted at his alma mater, Manhattan College.