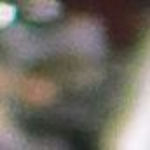 Why Is Charlie Furbush Influential?

According to Wikipedia, Charles Roderick Furbush is an American former professional baseball pitcher. He played in Major League Baseball for the Detroit Tigers and Seattle Mariners. Early life and career Furbush was born in South Portland, Maine and attended South Portland High School. He went on to St. Joseph's College of Maine, where he was recruited to play at Louisiana State University. In 2005 and 2006, he played collegiate summer baseball for the Hyannis Mets of the Cape Cod Baseball League, where he threw a no-hitter, was named the western division's starting pitcher in the league all-star game, and was named the top New England prospect in 2006. While with Louisiana State in 2007, Furbush went 3–9 with a 4.95 ERA in 16 starts, striking out 88 batters in 87 innings. He was drafted by the Tigers in the fourth round of the 2007 amateur draft and began his professional career that year.

Other Resources About Charlie Furbush

What Schools Are Affiliated With Charlie Furbush?

Charlie Furbush is affiliated with the following schools: