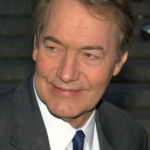 Why Is Charlie Rose Influential?

According to Wikipedia, Charles Peete Rose Jr. is an American former television journalist and talk show host. From 1991 to 2017, he was the host and executive producer of the talk show Charlie Rose on PBS and Bloomberg LP.

Other Resources About Charlie Rose

What Schools Are Affiliated With Charlie Rose?

Charlie Rose is affiliated with the following schools: