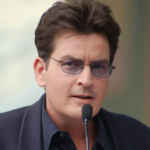 Why Is Charlie Sheen Influential?

According to Wikipedia, Carlos Irwin Estévez , known professionally as Charlie Sheen, is an American actor. He has appeared in films such as Platoon , Wall Street , Young Guns , The Rookie , The Three Musketeers , and The Arrival . In the 2000s, when Sheen replaced Michael J. Fox as the star of ABC's Spin City, his portrayal of Charlie Crawford earned him a Golden Globe Award for Best Actor. He then starred as Charlie Harper on the CBS sitcom Two and a Half Men , for which he received multiple Golden Globe and Primetime Emmy nominations, and as Dr. Charles "Charlie" Goodson on the FX series Anger Management . In 2010, Sheen was the highest-paid actor on television, earning US$1.8 million per episode of Two and a Half Men.

Other Resources About Charlie Sheen