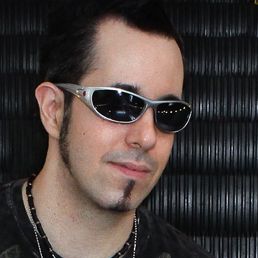 Charlie Zeleny, also known as Charlie Z, is an American session drummer, music director and solo artist. He was also a member of the progressive metal bands Blotted Science and Behold the Arctopus, has played in a duo with keyboardist Jordan Rudess, and has performed drum duets with Terry Bozzio for The Drum Channel. His 2011 video project, Drumageddon Brooklyn, was a one-take, continuously shot 8-minute drum solo with Zeleny performing through an entire building in Brooklyn and ending on the building's rooftop. Zeleny is also known by his solo artist persona "DRMAGDN: Cyborg/Drummer DJ".