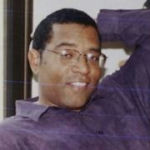 Why Is Chauncey Bailey Influential?

According to Wikipedia, Chauncey Wendell Bailey Jr. was an American journalist noted for his work primarily on issues of the African American community. He served as editor-in-chief of The Oakland Post in Oakland, California from June 2007 until his murder. His 37-year career in journalism included lengthy periods as a reporter at The Detroit News and The Oakland Tribune.

Other Resources About Chauncey Bailey

What Schools Are Affiliated With Chauncey Bailey?

Chauncey Bailey is affiliated with the following schools: