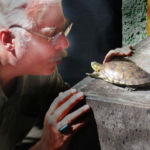 Why Is Chip Berlet Influential?

According to Wikipedia, John Foster "Chip" Berlet is an American investigative journalist, research analyst, photojournalist, scholar, and activist specializing in the study of extreme right-wing movements in the United States. He also studies the spread of conspiracy theories. Since the 1995 Oklahoma City bombing, Berlet has regularly appeared in the media to discuss extremist news stories. He was a senior analyst at Political Research Associates , a non-profit group that tracks right-wing networks.

Other Resources About Chip Berlet

What Schools Are Affiliated With Chip Berlet?

Chip Berlet is affiliated with the following schools: