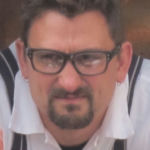 Why Is Chris Cosentino Influential?

According to Wikipedia, Chris Cosentino is an American celebrity chef and reality television personality known as the winner of Top Chef Masters, a competitor on The Next Iron Chef and for his appearances on Iron Chef America. He is known for his haute cuisine offal dishes, and was chef-partner at Incanto in San Francisco. Forbes Traveler called Incanto "perhaps America's most adventurous nose-to-tail restaurant … On offer are lamb's necks, pig trotters and a five-course nose-to-tail tasting menu perhaps including venison kidneys and chocolate-blood panna cotta." Incanto closed on March 24, 2014. In December 2014, he opened Cockscomb, a restaurant centered around his updated interpretations of classic San Francisco dishes.

Other Resources About Chris Cosentino

What Schools Are Affiliated With Chris Cosentino?

Chris Cosentino is affiliated with the following schools: