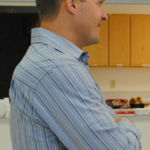 Why Is Chris Horn Influential?

According to Wikipedia, Chris Horn is a former American football wide receiver. He played in the Indoor Football League from 2000, and was actively rostered in the NFL from 2004 to 2005, for the Kansas City Chiefs. Early years Horn played college football at Rocky Mountain College in Billings, Montana. He is the only player from Rocky Mountain College to make the National Football League.

Other Resources About Chris Horn

What Schools Are Affiliated With Chris Horn?

Chris Horn is affiliated with the following schools: