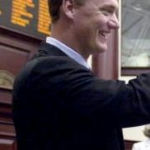 Why Is Chris Weinke Influential?

According to Wikipedia, Christopher Jon Weinke is an American football coach, former professional football player, and former professional baseball player. After spending six years in the Toronto Blue Jays minor league baseball system, he enrolled at Florida State University at the age of 25, and played quarterback for the Florida State Seminoles. He thereafter played professionally in the NFL, where he spent most of his career with the Carolina Panthers.

Other Resources About Chris Weinke

What Schools Are Affiliated With Chris Weinke?

Chris Weinke is affiliated with the following schools: