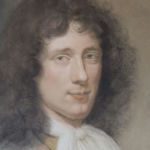 Why Is Christiaan Huygens Influential?

According to Wikipedia, Christiaan Huygens, Lord of Zuilichem, was a Dutch mathematician, physicist, astronomer and inventor, who is regarded as one of the greatest scientists of all time and a major figure in the scientific revolution. In physics, Huygens made groundbreaking contributions in optics and mechanics, while as an astronomer he is chiefly known for his studies of the rings of Saturn and the discovery of its moon Titan. As an inventor, he improved the design of telescopes and invented the pendulum clock, a breakthrough in timekeeping and the most accurate timekeeper for almost 300 years. An exceptionally talented mathematician and physicist, Huygens was the first to idealize a physical problem by a set of parameters then analyse it mathematically, and the first to fully mathematize a mechanistic explanation of an unobservable physical phenomenon. For these reasons, he has been called the first theoretical physicist and one of the founders of modern mathematical physics.

Other Resources About Christiaan Huygens

What Schools Are Affiliated With Christiaan Huygens?

Christiaan Huygens is affiliated with the following schools: