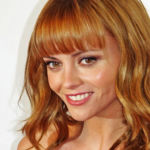 Why Is Christina Ricci Influential?

According to Wikipedia, Christina Ricci is an American actress. Known for playing unusual characters with a dark edge, Ricci predominantly works in independent productions, but has also appeared in numerous box office hits: to date, her films have grossed in excess of US$1.4 billion. She is the recipient of several accolades, including a National Board of Review Award and a Satellite Award, in addition to nominations for a Golden Globe, two Primetime Emmys, and a Screen Actors Guild Award.

Other Resources About Christina Ricci