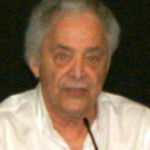 Why Is Chuck Barris Influential?

According to Wikipedia, Charles Hirsch Barris was an American game show creator, producer, and host. Barris was known for hosting The Gong Show and creating The Dating Game and The Newlywed Game. He was also a songwriter who wrote "Palisades Park", recorded by Freddy Cannon. Barris wrote an autobiography titled Confessions of a Dangerous Mind, which was made into the film of the same name and directed by George Clooney.

Other Resources About Chuck Barris

What Schools Are Affiliated With Chuck Barris?

Chuck Barris is affiliated with the following schools: