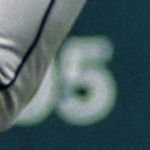 Why Is Chuck Finley Influential?

According to Wikipedia, Charles Edward Finley is an American retired professional baseball pitcher. He pitched from 1986 to 2002 for three teams in Major League Baseball , primarily with the California Angels . After a 14-year tenure with the Angels, he played for the Cleveland Indians for two-and-a-half seasons, then was traded to the St. Louis Cardinals and played there for a half-season. Listed at and , he threw and batted left-handed. During a 17-year major-league career, Finley compiled 200 wins, 2,610 strikeouts, and a 3.85 earned run average. He holds multiple Angels team records for a career, including games started , wins , losses , and innings pitched .

Other Resources About Chuck Finley

What Schools Are Affiliated With Chuck Finley?

Chuck Finley is affiliated with the following schools: