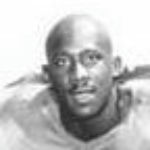 Why Is Chucky Mullins Influential?

According to Wikipedia, Roy Lee "Chucky" Mullins was an American football player at Ole Miss best known for the devastating football injury that left him a quadriplegic. Accident and aftermath Chucky Mullins was injured on October 28, 1989, during the Ole Miss Rebels’ Homecoming game against the Vanderbilt Commodores in Oxford, Mississippi. Chucky Mullins plunged head-first into a tackle of Vanderbilt fullback Brad Gaines after a short pass attempt. The impact shattered four vertebrae in Mullins' cervical spine, immediately paralyzing him.

Other Resources About Chucky Mullins

What Schools Are Affiliated With Chucky Mullins?

Chucky Mullins is affiliated with the following schools: