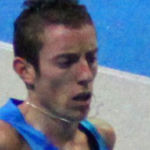 Why Is Ciarán Ó Lionáird Influential?

According to Wikipedia, Ciarán Ó Lionáird is an Irish runner from Cork. He competed at the 2012 Summer Olympics in the 1500 metres. At the 2013 European Athletics Indoor Championships in March, he came 3rd in the Men's 3000 metres. Following the COVID-19 lockdown, he announced he was coming out of retirement, and his intention to compete in the Tokyo Olympics.

Other Resources About Ciarán Ó Lionáird

What Schools Are Affiliated With Ciarán Ó Lionáird?

Ciarán Ó Lionáird is affiliated with the following schools: