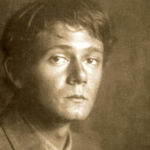 Why Is Clark Ashton Smith Influential?

According to Wikipedia, Clark Ashton Smith was an American writer and artist. He achieved early local recognition, largely through the enthusiasm of George Sterling, for traditional verse in the vein of Swinburne. As a poet, Smith is grouped with the West Coast Romantics alongside Joaquin Miller, Sterling, and Nora May French and remembered as "The Last of the Great Romantics" and "The Bard of Auburn". Smith's work was praised by his contemporaries. H. P. Lovecraft stated that "in sheer daemonic strangeness and fertility of conception, Clark Ashton Smith is perhaps unexcelled", and Ray Bradbury said that Smith "filled my mind with incredible worlds, impossibly beautiful cities, and still more fantastic creatures".

Other Resources About Clark Ashton Smith

Clark Ashton Smith has made the following academic contributions: