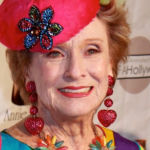 Why Is Cloris Leachman Influential?

According to Wikipedia, Cloris Leachman was an American actress and comedienne whose career spanned nearly eight decades. She won many accolades, including eight Primetime Emmy Awards from 22 nominations, making her the most nominated and, along with Julia Louis-Dreyfus, most awarded performer in Emmy history. She won an Academy Award, a British Academy Film Award, a Golden Globe Award, and a Daytime Emmy Award.

Other Resources About Cloris Leachman

What Schools Are Affiliated With Cloris Leachman?

Cloris Leachman is affiliated with the following schools: