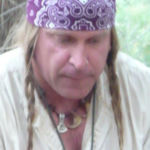 Why Is Cody Lundin Influential?

According to Wikipedia, Cody Lundin is a survival instructor at the Aboriginal Living Skills School in Prescott, Arizona, which he founded in 1991. There he teaches modern wilderness survival skills, primitive living skills, urban preparedness, and homesteading. Lundin was also a former co-host of Discovery Channel's reality television series, Dual Survival.

Other Resources About Cody Lundin

What Schools Are Affiliated With Cody Lundin?

Cody Lundin is affiliated with the following schools: