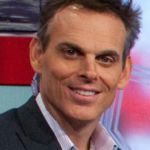 Why Is Colin Cowherd Influential?

According to Wikipedia, Colin Murray Cowherd is an American sports media personality. Cowherd began his broadcasting career as sports director of Las Vegas television station KVBC and as a sports anchor on several other stations before joining ESPN in 2003, where he hosted a radio show on the ESPN Radio network and also became one of the original hosts of ESPN's television program SportsNation, as well as Colin's New Football Show. Cowherd is the host of The Herd with Colin Cowherd on Fox Sports Radio and Fox Sports 1. The Herd is FS1's top-rated studio program. He was also a host of Speak For Yourself on FS1. Cowherd also founded and launched his own podcast network "The Volume" in 2021.

Other Resources About Colin Cowherd

What Schools Are Affiliated With Colin Cowherd?

Colin Cowherd is affiliated with the following schools: