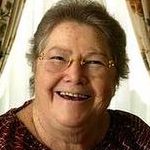 Colleen Margaretta McCullough was an Australian author known for her novels, her most well-known being The Thorn Birds and The Ladies of Missalonghi.Life McCullough was born in 1937 in Wellington, in the Central West region of New South Wales, to James and Laurie McCullough. Her father was of Irish descent and her mother was a New Zealander of part-Māori descent. During her childhood, the family moved around a great deal and she was also "a voracious reader".