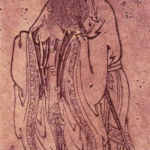 Why Is Confucius Influential?

According to Wikipedia, Confucius was a Chinese philosopher, poet and politician of the Spring and Autumn period who was traditionally considered the paragon of Chinese sages. Confucius's teachings and philosophy underpin East Asian culture and society, remaining influential across China and East Asia to this day.

Other Resources About Confucius

What Are Confucius's Academic Contributions?

Confucius has made the following academic contributions: