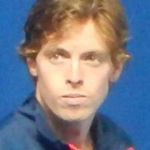 Why Is Connor Jaeger Influential?

According to Wikipedia, Connor Lee Jaeger is a former American competition swimmer who specializes in distance freestyle events. Jaeger attended the University of Michigan where he was a three-time All-American. He was a member of the 2012 United States Olympic team, and placed sixth in the 1500 metre freestyle during the 2012 Summer Olympics. He currently holds the U.S. Open record in the 800 meter freestyle and the American record in the 1500 metre freestyle. Jaeger placed first at the 2016 US Olympic Swimming Trials in the 400 m Freestyle and was named to the 2016 US Men's Olympic Swimming Team. He won a Silver medal in the men's 1500 metre freestyle at the 2016 Rio Olympics.

Other Resources About Connor Jaeger

What Schools Are Affiliated With Connor Jaeger?

Connor Jaeger is affiliated with the following schools: