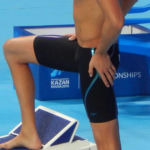 Why Is Conor Dwyer Influential?

According to Wikipedia, Conor James Dwyer is a former American competition swimmer and Olympic gold medalist. He competed in freestyle and medley events, and won a gold medal as a member of the winning U.S. 4×200-meter freestyle relay team at the 2012 Summer Olympics. In total, he has won seventeen medals in major international competitions: nine gold, six silver, and two bronze spanning the Summer Olympics, the FINA World Championships, the Pan Pacific Championships, and the Pan American Games. Dwyer placed second at the 2016 US Olympic Swimming Trials in the 400m freestyle.

Other Resources About Conor Dwyer

What Schools Are Affiliated With Conor Dwyer?

Conor Dwyer is affiliated with the following schools: