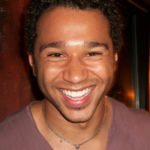 Why Is Corbin Bleu Influential?

According to Wikipedia, Corbin Bleu Reivers , known professionally as Corbin Bleu, is an American actor and singer. He made his acting debut in the 2004 adventure comedy film Catch That Kid. He has since appeared in the Discovery Kids drama series Flight 29 Down . He began acting professionally in the early 2000s and rose to prominence in the late 2000s for his leading role as Chad Danforth in the High School Musical trilogy . Songs from the films also charted worldwide, with the song "I Don't Dance" peaking inside the Top 70 of the Billboard Hot 100. During this time, he also starred in the Disney Channel Original Movie Jump In! , as well as the film To Write Love on Her Arms . He competed in the 17th season of Dancing with the Stars.

Other Resources About Corbin Bleu